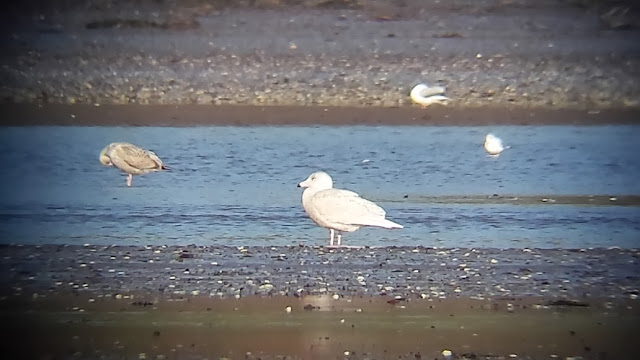 I won't attempt to do a summary of the year, not least because I'm not very good at that sort of thing, but there have certainly been some great birds seen around the Teign Estuary in 2013 - Bonaparte's Gull, Ring Ousel, Scaup, Little Stint, Black Redstart and Firecrest are a few that spring to mind - and with the increased coverage there can only be more goodies to come in 2014. Happy New Year!
Posted by Will Salmon at 18:32