After giving me the run-around earlier this month, I finally got prolonged views of a Siberian Chiffchaff at Hackney Marshes on Wednesday afternoon. It is a strikingly pale bird, with almost white underparts and no warm brown or olive colouration except in the wings. Although it doesn't display warm buff hues around the ear coverts or supercilium, it appears to show many of the other characteristics of tristis (thanks Kev and Laurie for your thoughts). It spent most of the time silent but briefly uttered a slightly downward 'piiiiuu'. The bird seems to favour the vegetation by the stream behind Winners gym, viewable from the cycle path. 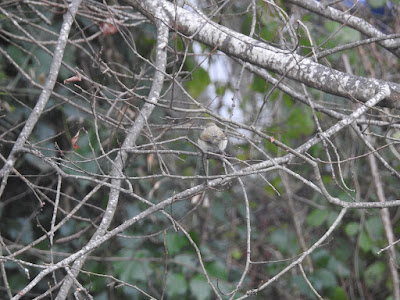 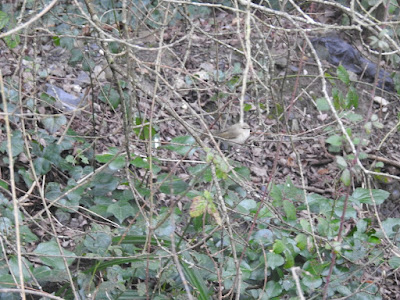 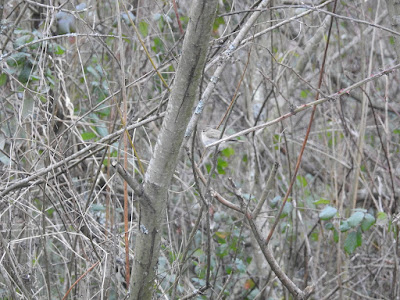 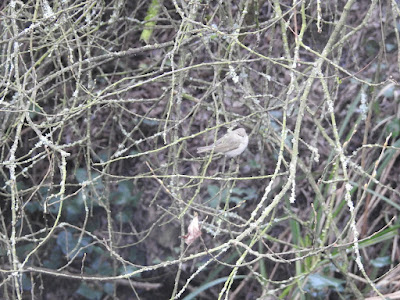 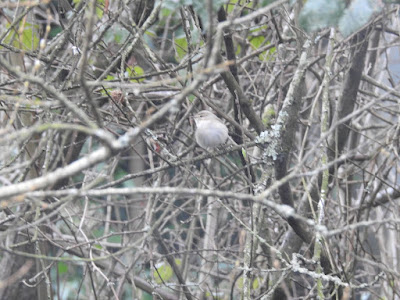 Another disappointing count in terms of wader numbers, with species such as Redshank and Oystercatcher apparently deserting their usual high tide roosts. Just 135 Oystercatchers were huddled against the wind on Flow Point alongside 68 Curlew, 52 Shelducks and two Black-tailed Godwits, with four Ringed Plovers distantly towards Salcombe Dip. At Teignmouth, 44 Turnstones were roosting with 27 by New Quay Inn and 17 by Shaldon Bridge. Passage House was quiet but 54 Common Gulls and 10 Lesser Black-backed Gulls indicated that late winter/early spring gull passage is underway.

Yesterday afternoon a brief flurry of raptor activity in Bishopsteignton included Sparrowhawk, Buzzard and a Kestrel, the latter increasingly scarce on patch, perched by the road opposite Jack's Patch. Last Wednesday the Tufted Duck party at Rackerhayes had reached 30 birds. 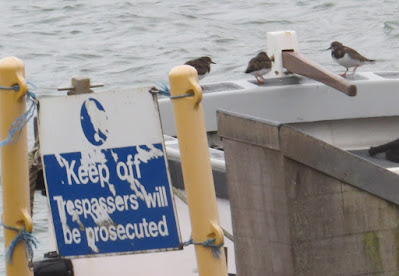 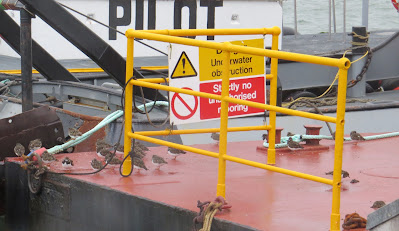 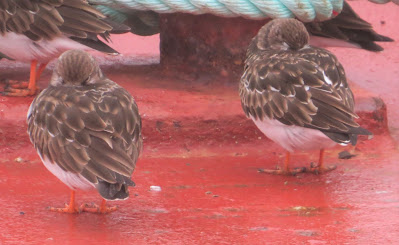 Turnstones (Alan Ford)
Posted by Will Salmon at 20:07 No comments:

At Decoy Great-spotted Woodpecker were drumming in the woodland with seven Tufted Duck, three Great-crested and a Little Grebe but just the one Coot on the lake.

Pushed off by a very high spring tide, there were few waders at Passage House yesterday morning although singles of Dunlin and Common Sandpiper were on the spit and a Greenshank was heard. A scan of the racecourse produced two Stonechats, a Snipe, 17+ Pheasants, small numbers of Skylarks and Meadow Pipits and a couple of Foxes, with two female Blackcaps in some nearby scrub. There was a bit more waterfowl diversity at Rackerhayes with four Great Crested Grebes, four Teal, two Gadwall and a Shoveler with 12 Tufted Ducks still, and the nearby rugby pitches held c.150 Redwings and two Mistle Thrushes.

With the mornings now just light enough to fit in a bit of birding before work, a visit to Rackerhayes yesterday morning yielded several vocal Nuthatches and a singing Treecreeper in the woods along with a drumming Great Spotted Woodpecker and couple of cooing Stock Doves. On the main lake a pair of Great Crested Grebes were displaying but waterfowl numbers were still below par with just 12 Tufted Ducks and a Shoveler of note. Overhead a couple of Siskins and newly Red-listed Greenfinches were heard.