A female/first-winter Black Redstart was playing a game of cat and mouse with me at Teignmouth Port this morning, allowing just three brief views (and one photo opportunity) in almost ninety minutes. It seemed to favour buildings to the east of the weighbridge. 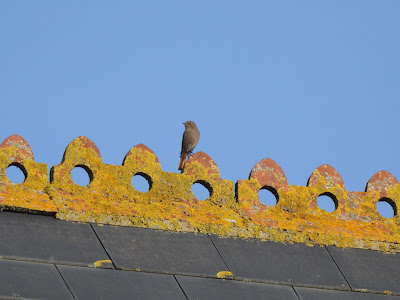 Earlier, a check of several locations along the southern side of the estuary was fruitful. Passage House held eight Lapwings, six Dunlin, five Little Grebes, three Common Sandpipers and a Greenshank. Arch Brook (opposite Flow Point) yielded a further 11 Dunlin, two Greenshanks, three Wigeon (Laurie had five later at Passage House) and a female Teal. Farmland around Combeinteignhead contained 28 Linnets, half a dozen Skylarks and a couple of singing Cirl Buntings. 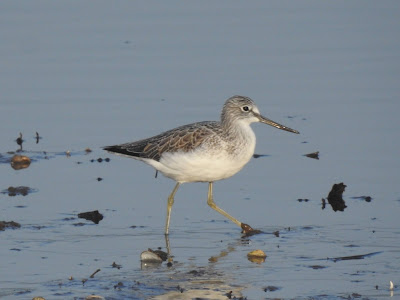 Lastly, four Red-throated Divers, a Great Northern Diver and a handful of Guillemots were off Teignmouth at midday. 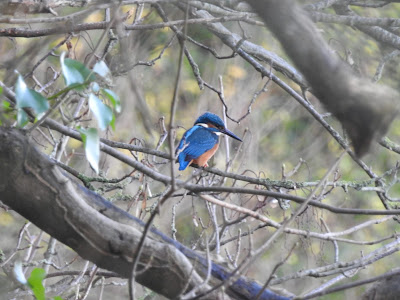 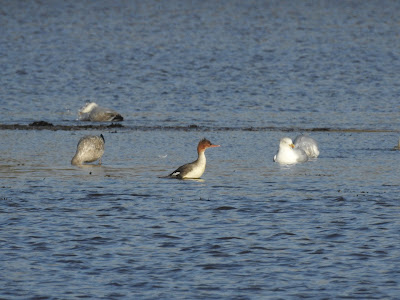 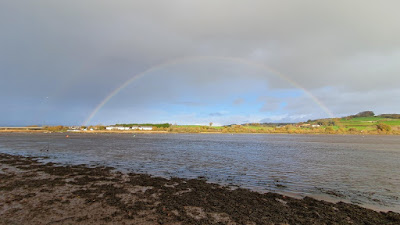 A first visit to Hackney Marshes since the last day of May yesterday produced plenty of crests with one Firecrest and 12 Goldcrests dotted around, along with three Chiffchaffs, a male Blackcap, four Grey Wagtails, three Siskins, a Kingfisher, two Fieldfares and c.100 Redwings.

This morning there was a bit of movement over a misty Bundle Head with 68 Chaffinches, 54 Goldfinches, 22 Meadow Pipits, five Siskins and three Redpolls noted between 07:15 and 08:00. Two Firecrests and two Chiffchaffs were around the Ness, with three Great Northern Divers on the sea near the mouth of the estuary.

From the viewing screen at Hackney Marshes this afternoon, a pair of Mandarins and two showy Water Rails.

Looking north from Bundle Head from dawn and with excellent visibility, great clouds of Woodpigeons soon started to appear from the direction of the Pebblehead Heaths, following the coast towards Teignmouth. Unexpectedly, the majority of birds then turned inland or followed the line of the estuary west, although some continued south where a couple of Peregrines were on the hunt and caused the flocks to swirl like murmurations of starlings. Overall, an estimated 30,000 Woodpigeons were recorded between 07:00 and 08:00 before passage abruptly tailed off. Few other birds were on the move overhead with just small numbers of finches and a couple of unidentified bunting-like passerines, and a thorough check of the Ness and northern end of the golf course failed to produce anything of note.
Posted by Will Salmon at 16:38 No comments:

Teignmouth seawatching with Laurie this morning from 07:05 - 08:20 (when the sun glare became too strong) failed to produce any storm-driven seabirds but was surprisingly excellent for divers, with a remarkable 26 Great Northern Divers on the sea and flying south, including several summer-plumaged birds; 14 distant unidentified divers (most probably Great Northern) and three Red-throated Divers (including one calling bird close to shore). There was little else of note other than a male Common Scoter and a steady southbound trickle of Kittiwakes and Common Gulls.