News from the East

A second winter Caspian Gull was on the Salty this evening, the third patch, and Salty, record and the first since 2018. Recent seawatching counts include six Balearic Shearwater, three Arctic Skua and 40 Kittiwake south past Teignmouth in 20 minutes mid evening on 27 Sep and on 29th, 11 Balearic Shearwater, an Arctic Skua, 80 Kittiwake in just half an hour mid afternoon.

Other recent Teignmouth highlights include a Moorhen on 25 Sep and a Coot on 1 Sep, both calling overhead at night.

Posted by Dawlish Warren at 21:37 No comments:

A productive morning started with a look around Bundle Head, which revealed singles of Spotted Flycatcher, Wheatear and Whitethroat, plus numerous Blackcaps and Chiffchaffs. Overhead passage showed signs of getting going with three Grey Wagtails, c.30 each of Swallow and House Martin and a trickle of Meadow Pipits, Chaffinches and Goldfinches.

Onto the WeBS count, where the standout bird was a flighty Little Stint at Passage House, although the bizarre sighting of a Grey Squirrel swimming across from the spit as it became stranded by the rising tide also caught the attention. Other (bird) totals included 377 Oystercatchers, 68 Curlew, 15 Greenshanks, 10 Turnstones, six Dunlin, five Common Sandpipers, four Black-tailed Godwits, two Ringed Plovers, 30 Mallards, 21 Mute Swans, 24 Little Egrets, 16 Cormorants, a Kingfisher, a Whimbrel and a Wigeon.

At least one Yellow Wagtail and a couple more Grey Wagtails were heard overhead while counting at Flow Point. 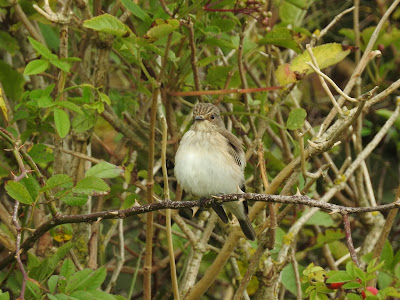 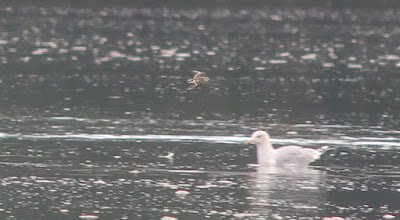 A wildlife cruise of Labrador Bay with Devon Sea Safari this morning produced outstanding views of a pod of six Common Dolphins, which swam around and under the boat and followed in its wake for some time. Few seabirds were noted, with just a few Kittiwakes, Gannets and a Mediterranean Gull, and no terns which was surprising given the numbers around the Exe recently. Later on, a couple of Turnstones were roosting off Teignmouth back beach and just outside the patch, two Tree Pipits flew over Holcombe. 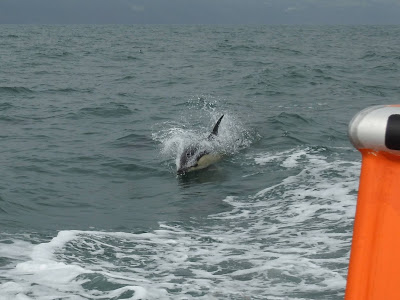 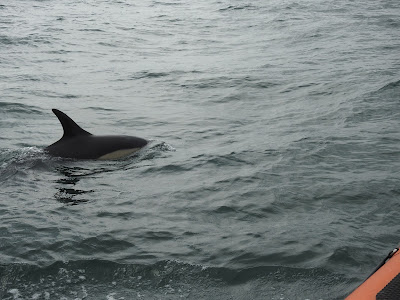 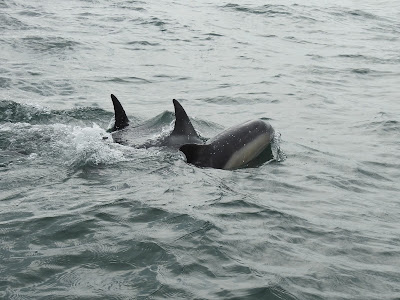