Spring is starting to uncoil...

The increase in volume from the local Blackbirds, Dunnocks etc is sure sign spring is round the corner and the wintering Blackcap joined in briefly this morning as well. A greater surprise though was a Sandwich Tern sat on one of the bouys off the Salty. It remained for about 10 minutes before heading north out to sea. Also in the estuary a Great Northern Diver and a Guillemot with a second of each flying south offshore.

Posted by Dawlish Warren at 19:36 No comments:

While scanning across the roost sites during the WeBS count at Passage House yesterday, I came across a Kittiwake right in front of the car park! However I had mixed feelings about this bird, because although it was an estuary tick for me, the bird was clearly not in a good state. A couple of crows were pecking at its head, but it managed to hobble off the roost site in to the water where it floated down river. 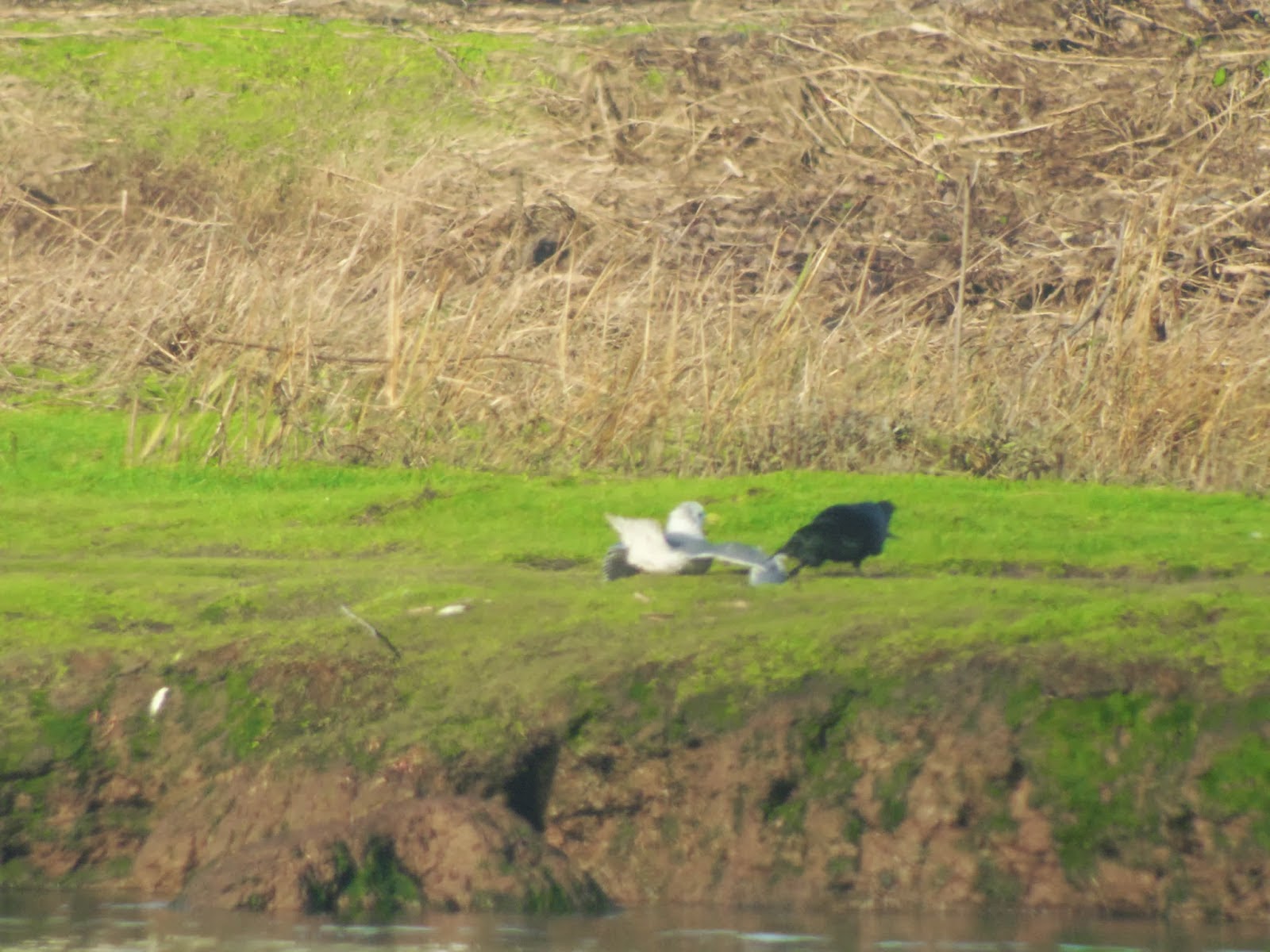 The only other birds of note were four Avocets roosting on the spit.

On Saturday afternoon, a family walk along Teignmouth seafront revealed little other than two Great Northern Divers, one of which was close in, feeding in the surf just south of the pier.

Posted by Laurie Allnatt at 20:40 No comments:

Birding at Decoy Lake is beginning to feel like Groundhog Day. With the exception of last month's one-day Black-necked Grebes, there has been little discernible change since last year - the male Scaup, male Gadwall and the Great Crested Grebe were still in residence on Saturday, with 20+ Tufted Duck scattered around the edges. Why can't one of Stover's Goosanders decide to pop over for a couple of days/weeks?! On the walk out a Lesser Black-backed Gull was gorging itself on discarded McDonalds in the car park and a Nuthatch showed nicely foraging around the base of an oak.

Also on Saturday I had a look at the flooded fields at Teigngrace, where Canada Goose and Mallard were present in reasonable numbers - 123 and 44 respectively - but nothing more unusual had chosen to join them (yet). The Black Redstart was again along Tarrs Lane, Kingsteignton briefly mid-afternoon, where a Blackcap was singing - my first of the year - and three Siskin flew over.

Today I only had time for a brief afternoon scan of the sea off Teignmouth, where the volume of people suggested it was the height of summer. Two Great Northern Divers showed quite close in off the yacht club, with two summer-plumaged Guillemots and an adult and a first-winter Common Gull a little further out.
Posted by Will Salmon at 20:50 No comments:

A couple of hours' birding around the middle and upper estuary yesterday morning began along Buckland Road with a flock of 12 Fieldfares in one of the horse paddocks. Fieldfares seem to be quite scarce this year, possibly due to the lack of cold weather in the south-west. After a scan of the estuary from the bottom of Hackney Lane that produced only a Lesser Black-backed Gull and a Dunlin of note, I drove on to Coombe Cellars as the tide began to fall. There were plenty of Black-headed Gulls out on the mud but disappointingly few large gulls, and nothing unusual amongst them. I did see 10 of the 11 Avocets reported earlier in the week; nice to see an increase in their numbers. 19 Red-breasted Mergansers were loafing about over towards Flow Point and a Kingfisher flew low over the reedbed, where a Reed Bunting and a Water Rail both called.

The Kingsteignton Black Redstart has been showing fairly well for the past few days, foraging in the earthworks surrounding the house being built on Tarrs Lane.
Posted by Will Salmon at 12:38 No comments:

Following a day at the Warren where I was fortunate enough to see a first winter Kumlien's Gull (see here) I arrived home before dark and happened to notice plenty of gulls on the Salty. I postponed the planned visit to the kettle and set up the scope. After ten minutes of careful searching I had found nothing amongst the hundreds of Herring and Black-headed Gulls except a few Curlew and on the river half a dozen Red-breasted Merganser. However looking away from the main gull flock suddenly  a white beacon shone through the gloom - a cracking adult Glaucous Gull. It remained until near dark shining away. 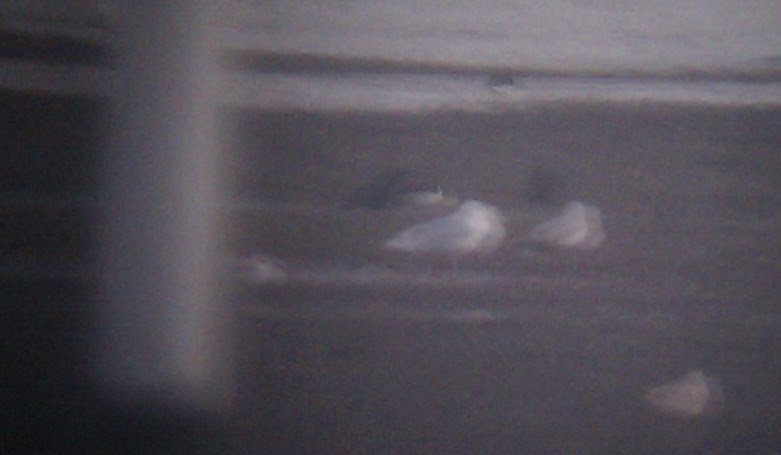 As I write this the rain is falling once more, but there was a respite in the relentlessly crap weather this morning and I made the most of it with a pre-work stroll around the racecourse & Hackney Marshes. One of the first birds I heard was a Skylark, singing high over the middle of the racecourse; the 100th species recorded on patch this year. A second patch year tick for me came in the form of a female Stonechat; also of note on the racecourse were 10+ Meadow Pipit, 2 Kestrel, a Reed Bunting and a Grey Heron. 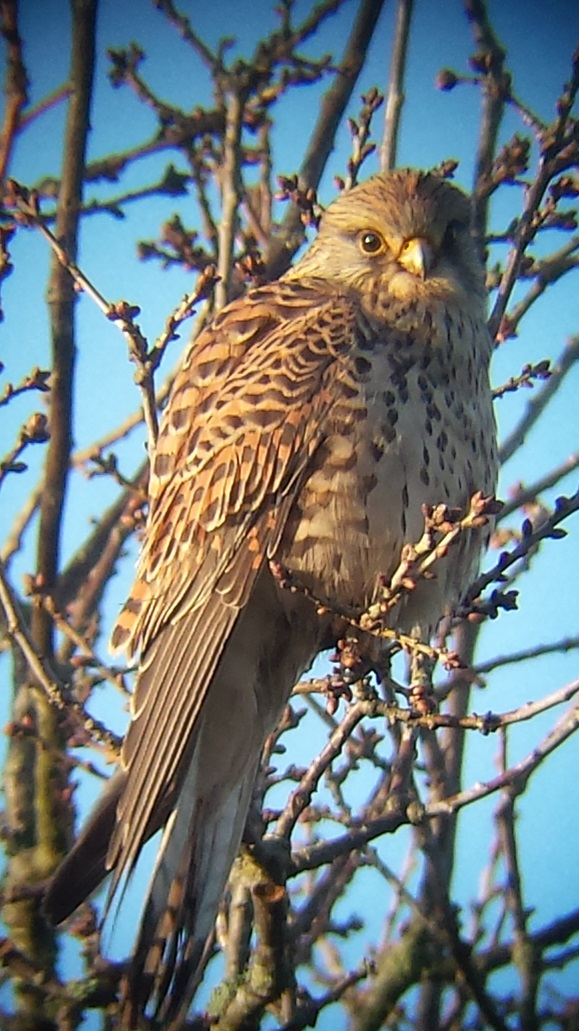 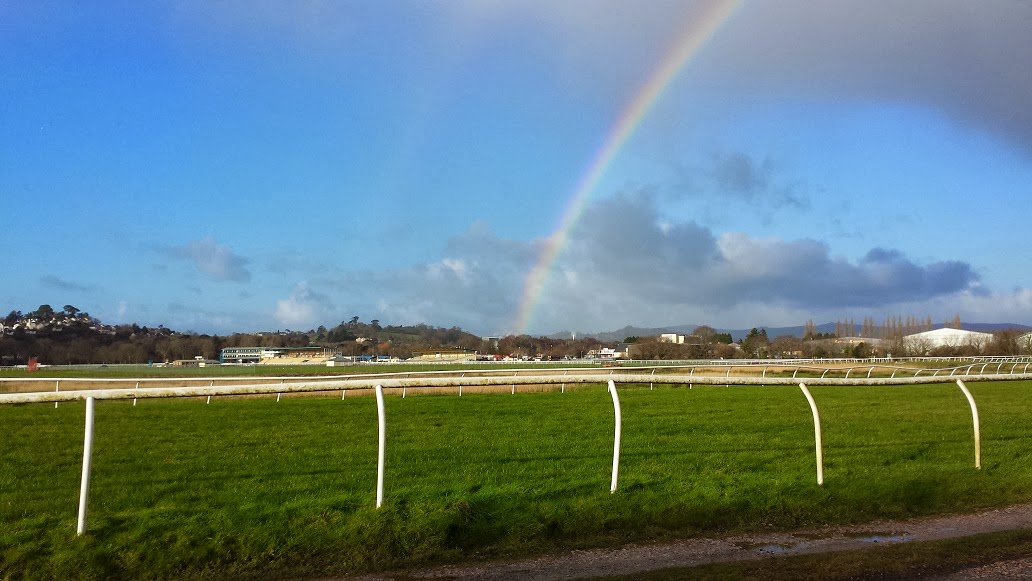 Here comes the rain again...
The female type Black Redstart was again around my house first thing this morning; the first time I've seen it in almost a month.
﻿
Posted by Will Salmon at 18:56 1 comment: