Yesterday, I managed to catch up with the Yellow-browed Warbler that was first seen on the 21st January in the patch of scrub and woodland by the railway bridge over the River Teign at Newton Abbot Quay. I was able to give it a couple of hours today and eventually received fantastic close views. It remained silent for most of the time, however, occasianally went through some bursts of call. A Firecrest also showed well there.

On the estuary, 12 Lesser Black-backed Gulls suggested that spring migration was beginning to get going. The continued absence of Tufted Duck was also notable at Decoy Lake. 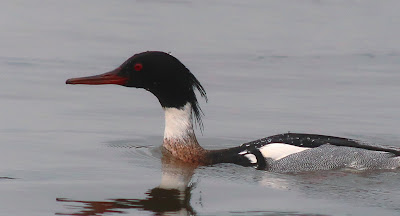 No sign of the Eiders off Teignmouth first thing this morning, but 3-4 Common Dolphins were moving south not far off the end of the pier and clearly visible without binoculars, much to the delight of passers-by. There seem to be reasonable numbers in Babbacombe Bay this winter, and I recorded 12-15 hunting just north of Hope's Nose a fortnight ago. 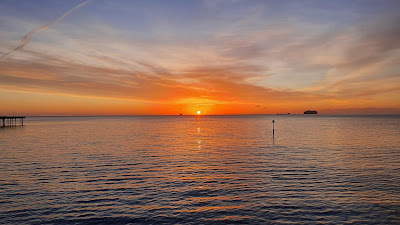 Just outside the patch, a couple of walks to the north of Bishopsteignton over the past two weekends have produced up to 50 Skylarks, 20 Cirl Buntings and a handful of Yellowhammers in fields near Red Rock Brewery, along with the odd Fieldfare, Stonechat and Kestrel. Meanwhile a male Blackcap has been a regular visitor to my garden in Kingsteignton.

Woodcock is a species that we haven't recorded on the patch for a few years now, so yesterday I went out to purposely look for some. During two hours in good habitat I managed to flush six, but I'm sure a good few remained steadfast on the ground.

Today, a look at the estuary revealed an influx of Common Gull, with 65 at Passage House on the falling tide.

Posted by Laurie Allnatt at 22:33 No comments:

Alan Ford reported four Eider off Teignmouth today; a good record during a scarce year for this species on the south coast of Devon. In other news, Kev has had a Black Redstart visit his garden since the 5th, Will has found a pair of Goosander a short way upstream from the patch boundary at Teigngrace, and during a visit to the estuary today, there were 16 Avocet, eight Wigeon, three Greenshank, two Common Sandpipers, and within the gulls, a possible 2nd winter Yellow-legged Gull, although it failed to open its wings and remained too distant to tell for sure. Eighteen Little Egrets were also feeding in a pig field to the east of Hackney Lane.

Posted by Laurie Allnatt at 21:13 No comments:

A Dipper was on the River Lemon near Baker's Park this morning. This one photographed was a little further up stream in Bradley Woods and gave close views as it sang from a rock. 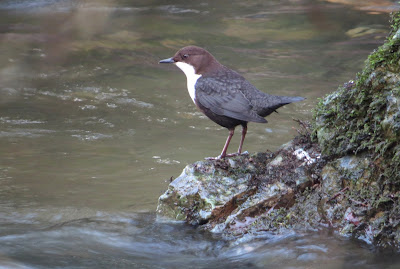 Posted by Laurie Allnatt at 22:07 No comments:

On one of the coldest New Year's Days in recent memory (the thermometer read minus 6 Celsius in Kingsteignton at 07.00) Laurie and I covered separate areas of the patch and combined for an above average total of 88 species.

Rackerhayes contained a decent variety of wildfowl including 27 Tufted Ducks, four Gadwalls, three Shovelers, two Pochards and a completely unexpected party of 13 Mandarins. Birds in surrounding woodland were obliging with Green and Great Spotted Woodpeckers, Nuthatch, Treecreeper and Siskin all noted although Marsh Tit could not be found today. Fieldfare, Chiffchaff and Bullfinch were also added to the day list there.

With the tide falling at Passage House late morning, four Avocets, two Lapwings and two Common Sandpipers showed up to forage and eight Wigeon were on the point. A male Stonechat in the reeds was an unexpected bonus. Another look during the afternoon produced a male Teal, Grey Heron and two Little Grebes.

Hackney Marshes was full of walkers and dogs but still produced a Snipe on some frozen mud and Cetti's Warbler, Reed Bunting and Water Rail were all heard in the reeds. A Kingfisher hunted from the railway bridge, a Firecrest was flitting about in the woods and a Buzzard flew over, this being the only raptor recorded today.

Decoy Woods was busy with birds, with several flocks of Long-tailed Tits moving around. A Treecreeper and Firecrest were both seen on the edge of Wolborough Fen, which it itself looked magical in the glistening frost. The lake only held nine Tufted Duck; well below the usual total of around 30. Raven and Stock Dove both flew over and a Mistle Thrush sang from a tree.

A walk around the ditches and flooded areas at Teigngrace failed to produce the hoped for Green Sandpiper, however, five Snipe were flushed and a few Meadow Pipits foraged on the wet fields.

A look over the sea from Teignmouth revealed six Great Northern Divers, one Red-throated Diver, at least two Razorbill and 15 Guillemot, a handful of Gannet and a couple of Fulmar perched on the cliffs at Holcombe. Two each of Harbour Porpoise and Common Dolphin were also seen. 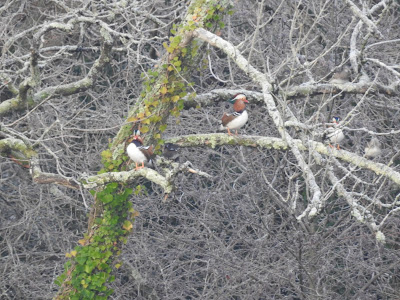 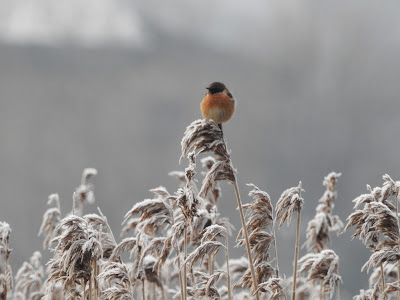 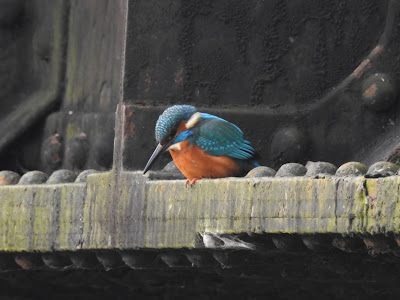