There have been several sightings of Red Kites around the patch today. I had one over Netherton Park this afternoon at the same time two were seen from Teignmouth, so at least three birds were around. The first Swift of 2015 also flew over, and Green Woodpecker and Pheasant were finally added to the year list.
Posted by Will Salmon at 22:18 No comments:

A brief lunchtime visit to Jetty Marsh produced the first patch Willow Warbler of the year along with a Reed Warbler, 2 Treecreepers and several Blackcaps and Chiffchaffs.
Posted by Will Salmon at 14:51 No comments:

The first three Whimbrel of the year were off Passage House this afternoon. Wintering waders were just about hanging on, with eight Oystercatchers and singles of Curlew, Redshank and Common Sandpiper noted. 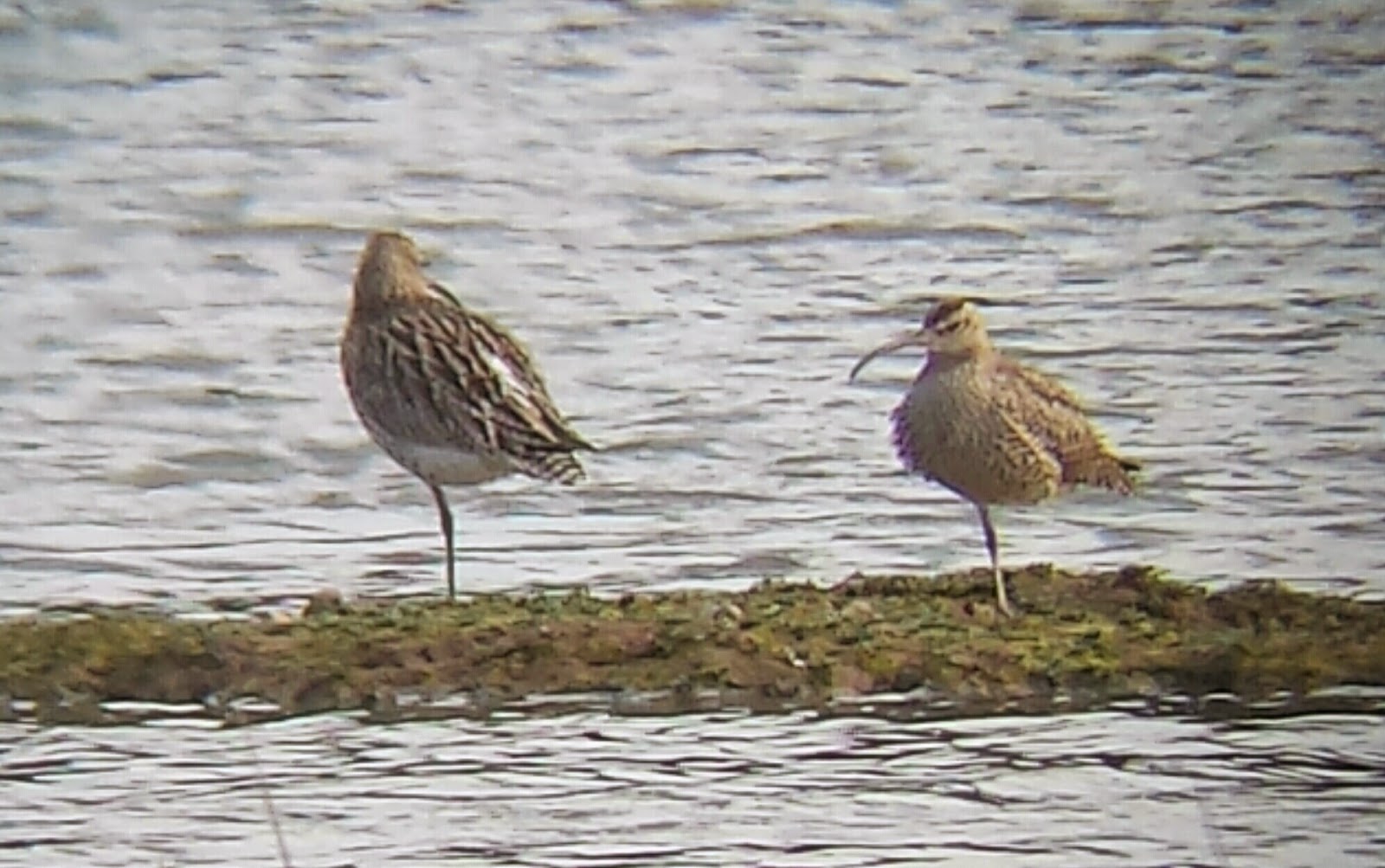 Whimbrel (r) with Curlew
Posted by Will Salmon at 17:57 No comments:

Three Reed Warblers were back singing at Hackney Marshes this morning. Other warblers included 4 Blackcaps and 7 Chiffchaffs.
Posted by Will Salmon at 18:52 No comments:

On a wonderfully bright, crisp spring morning there was once again very little of note around Newton Abbot Racecourse and Hackney Marshes, so I spent more time exploring an area just to the north of nearby Jetty Marsh, behind the hospital. Largely inaccessible and obscured by vegetation is a pool of water, possibly a former clay pit, surrounded by wet woodland and reedbeds that doesn't appear to have a title on any maps, so I named it Jetty Marsh Pool. Apart from a pair of Coots, 2 Mute Swans and 3 Teal there was little to see today but it does have potential for warblers and other waterfowl. 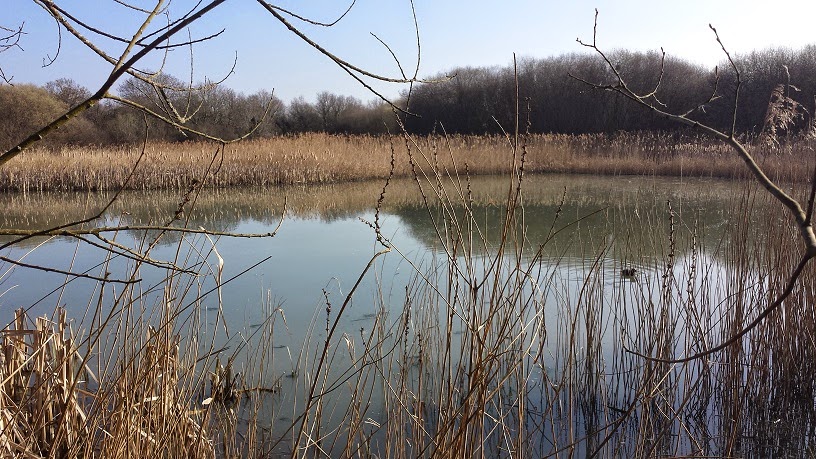 Seawatching from Teignmouth from 16:45-17:45 this afternoon was reasonably productive with two Sandwich Terns, a Red-throated Diver, a Great Crested Grebe, 5 Razorbills, 8 Guillemots and the first 7 Manx Shearwaters of the year.
Posted by Will Salmon at 20:32 No comments:

An early morning visit to Decoy Country Park produced five Chiffchaffs and two Blackcaps in song around the lake, a male Sparrowhawk by the visitor centre and a Swallow overhead. Seventeen Tufted Ducks were still present, the male Scaup now long gone, along with a pair of Great Crested Grebes.

I anticipated my first Wheatear of the year on the racecourse, but there was almost nothing to be seen there where preparations were underway for a race meeting. Rackerhayes provided some consolation with half a dozen Sand Martins and a Greylag Goose; the latter looked like a different individual to the one that regularly associates with the local hybrids, and was presumed to be a naturalised bird.

On the estuary two Sandwich Terns were on buoys at the Passage House end and 15 Red-breasted Mergansers were actively displaying and flying about, suggesting they won't be around for much longer.
Posted by Will Salmon at 17:44 No comments:

I got back to Devon this afternoon after my trip to Australia and SE Asia, and whilst I was stuck in traffic entering Kingsteignton a lone Swallow flew north. Hopefully a sign of things to come this Easter weekend.
Posted by Will Salmon at 18:59 No comments: