This family of Great Crested Grebe with three juveniles were showing close to the slipway at Decoy yesterday. Good to see that they've bred successfully.

Posted by Laurie Allnatt at 13:17 No comments:

A cracking juvenile Arctic Tern was a surprise discovery at Flow Point this morning. It spent most of the time roosting but gave some excellent flight views in the hour I was there. 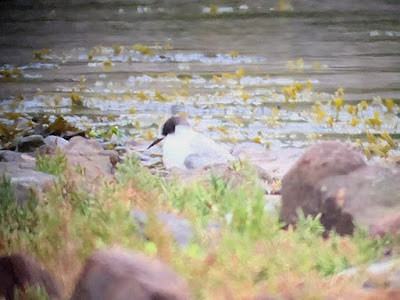 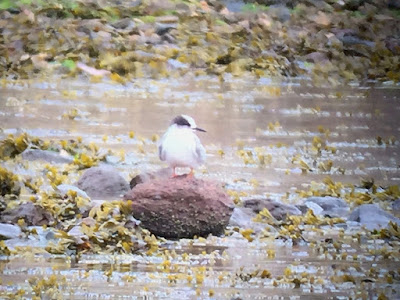 A quick look at Passage House revealed a Bar-tailed Godwit amongst the Curlew flock, and at Newton Abbot racecourse there were three Wheatears, a Whinchat and 175+ Linnets.
Posted by Will Salmon at 21:59 No comments:

Not much to shout about on the estuary yesterday morning although there were a few noteworthy counts including 15 Greenshanks, eight Common Sandpipers, a Bar-tailed Godwit, 30+ Sandwich Terns, seven Little Grebes, 10 Teal, 93 Curlew and 371 Oystercatchers. On Sunday Alan Ford recorded 18 Turnstones on a pontoon off Teignmouth back beach.
Posted by Will Salmon at 21:27 No comments:

Last week's or another juvenile Little Ringed Plover was still at Passage House this morning at high tide joined by three Common Sandpipers and four juvenile Dunlin. Among the Black-headed Gulls were two 2nd winter Mediterranean Gulls, while on the racecourse, two Wheatears were perched up on the fences.

Posted by Laurie Allnatt at 14:52 No comments:

A juvenile Little Ringed Plover was on the spit at Passage House this morning on the rising tide until it took off and flew high over the estuary for a few minutes before loosing it from view. Amongst 100 Curlew were three Dunlin and the ringed Curlew from Germany returning for it's third year in a row, showing just how site-loyal Curlews are. A Wheatear was on the roost islands and a Water Rail and Kingfisher both called from the reeds. The ringed Black-headed Gull, white 27J1 was also present, returning for it's second summer/autumn having spent the breeding season at it's natal colony at Lee Farm Gravel Pits, Berkshire.

A Dipper was on the River Lemon running through Newton Abbot. 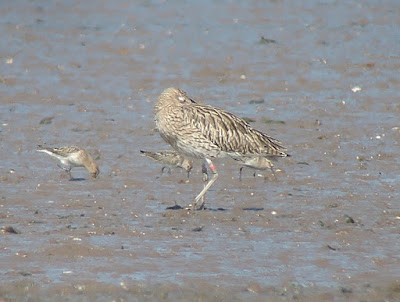 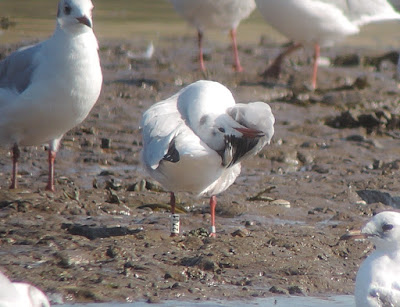 Posted by Laurie Allnatt at 16:31 No comments: