Whilst most inland areas were under a thick veil of mist and low cloud early this morning, there was bright warm sunshine bathing the coast as I walked from the Ness across the golf course to Bundle Head. Several small groups of Chiffchaffs and Blackcaps were moving quickly along the hedgerows and consequently proved difficult to count, with minimums of 15 and 8 respectively. Tagging along with them were a Whitethroat, 3 Goldcrests, 5 Song Thrushes and 2 Stonechats, with the most unexpected sighting being a male Yellowhammer atop an ash tree. Overhead passage was minimal, just 10 or so Meadow Pipits and a Grey Wagtail south.

Late news: I caught up with the juvenile Curlew Sandpiper at Flow Point on Thursday, although there was no sign of it yesterday afternoon.
Posted by Will Salmon at 17:42 No comments:

A phone call from Robin at lunchtime alerted me to the presence of a Curlew Sandpiper at Flow Point (photos here). I was working at the time and unable to get there until early evening, by which time the tide had dropped and there were no small waders to be found, though 5 Greenshanks, 10 Grey Herons and 17+ Sandwich Terns were noted.
Posted by Will Salmon at 20:42 No comments:

Seawatch at Teignmouth from 06:55-08:45 this morning. Two Balearic Shearwaters flew north including a dark individual that passed fairly close at a leisurely pace, and a distant shearwater sp (probably a Balearic) headed south. Also 4 Wigeon and 9 Common Scoters.
Posted by Will Salmon at 12:03 No comments:

The highlight of the morning was undoubtedly the Osprey that put up all the waders as soon as I arrived at Flow Point at 9am. It was initially circling over the estuary then looked as if it was drifting east towards Teignmouth before doing an about-turn and heading up towards Passage House. I managed to relocate it when scanning the estuary from the top of the track to Wear Farm an hour later, when it was sat in a tree at Netherton Point. Hopefully it will stick around. 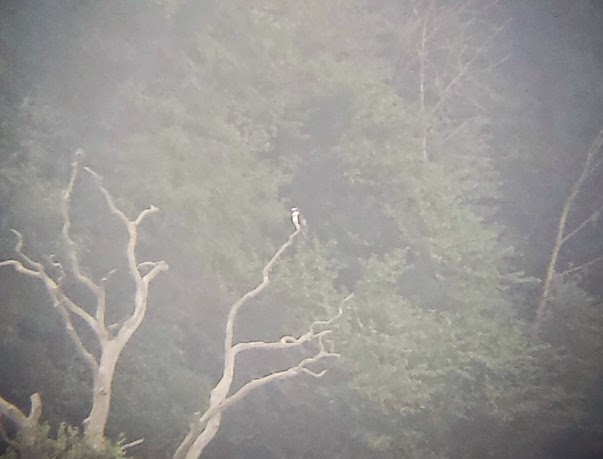 Osprey at Netherton Point. It was a long way away...
The composition of roosting waders at Flow Point (once the Osprey had departed) showed little change, with 16 Ringed Plovers, 11 Dunlin, 9 Redshanks, two Bar-tailed Godwits, a Black-tailed Godwit and a Common Sandpiper noted. Earlier a walk around Bundle Head was very unproductive for the time of year with just a handful of Blackcaps and Chiffchaffs in the bushes and 5 Grey Wagtails, 6 Meadow Pipits and c40 Swallows overhead.﻿
Posted by Will Salmon at 15:47 No comments:

Had a brief look here this evening on a rapidly rising tide, where 14 Ringed Plovers, 7 Dunlin, 5 Redshanks and singles of Bar-tailed Godwit, Black-tailed Godwit and Whimbrel were the pick of the waders.
Posted by Will Salmon at 21:11 No comments:

An hour's birding mid-morning revealed an impressive minimum of 8 Whinchats on the racecourse, alongside 2 Wheatears and scores of Linnets and Swallows. Most birds were alongside the central track that bisects the racecourse and showed well from the cycle path. Nearby at Hackney Marshes three Water Rails and two Kingfishers gave close views in the main channel from the bridge. 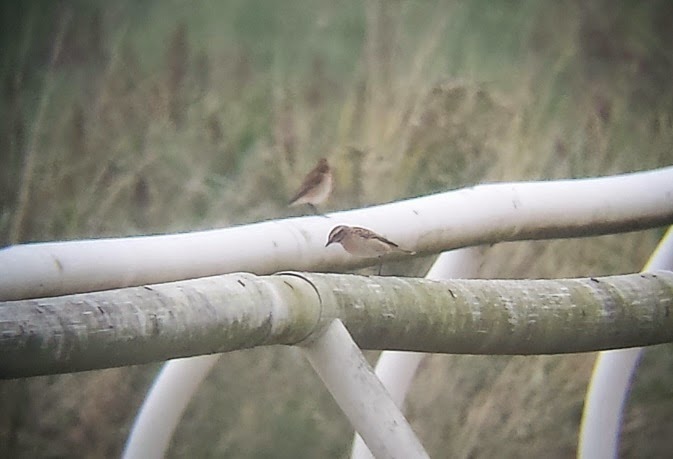 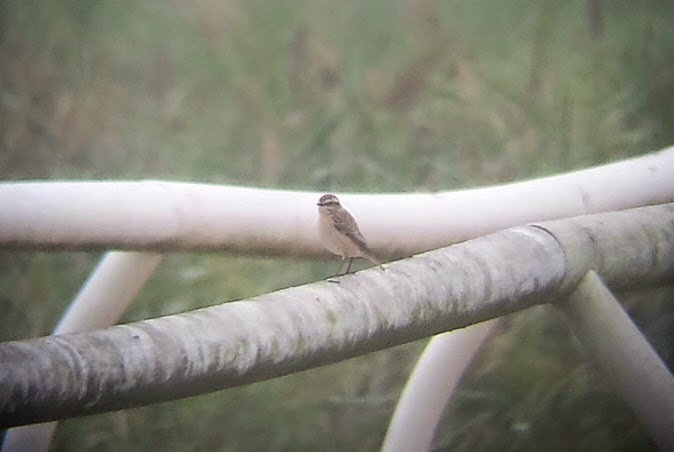 I spent the latter part of the afternoon doing the WeBS count, and trialled a new, extended survey route that involved working my way eastwards along the northern side of the estuary before travelling back westwards along the southern side, stopping at Passage House, Flow Point, Polly Steps, Arch Brook, Passage House again (from Hackney Lane) and finally Town Quay Bridge. On World Shorebird Day it was probably the best day of the year so far for Teign waders with eleven species recorded and a welcome increase in numbers for some species. Totals were 373 Oystercatchers, 92 Curlew, 12 Dunlin, 11 Ringed Plovers, 15 Greenshanks (all at Passage House), 3 Redshanks, 5 Black-tailed Godwits, 2 Bar-tailed Godwits (singles at Passage House and Flow Point), 7 Turnstones, 3 Common Sandpipers and a Whimbrel. Other counts included 54 Little Egrets with the majority roosting in trees at Passage House and 3 Little Grebes in the channels.
Posted by Will Salmon at 21:34 No comments:

A look over the racecourse mid-morning produced my first patch Whinchats of the year - a female and what looked like a juvenile, though views were somewhat distant. Several groups of Linnets were scattered about totalling 95 birds, and a Sand Martin associating with c.50 Swallows was unexpected.

A neap tide was forecast so Flow Point was largely devoid of birds, with the exception of a (the?) Wheatear. Most of the 370 Oystercatchers were instead on the Salty, joined by 2 Dunlin and 10 Sandwich Terns.
Posted by Will Salmon at 18:03 No comments: