The weather looked okay for a bit of seawatching today so I decided to watch for the whole afternoon to make up for my lack of seawatching this spring. I started watching at 12:30. Most birds were seen in the first three hours, and after that it became very quiet, so I finished at 17:30. Here is a list of what I saw. Pretty much everything was moving south.

Manxies c371 - There were quite a few lingering offshore so I might have double counted some, however they were all moving south.
Arctic Skua 1 (Dark Phase) - Chasing the terns.
Diver sp. 1 - Distant flying north.
Fulmar 16
Gannet c130
Dunlin 5
Kittiwake c270
Common Tern c24
'Commic' Tern c30 - probably a couple of arctics, but to far out for me to be sure.
Turnstone 1
Shelduck 2 - north
Auks c280 - All of the ones that I could identify were Guillemots.
Swift 10 - south over the sea.
Swallow 1 - ditto
Posted by Laurie Allnatt at 20:14 No comments:

On Sunday we did our WeBS count but there really wasn’t much on the estuary. A total of four waders at my end! Including this Whimbrel which came relatively close considering I was out in the open. 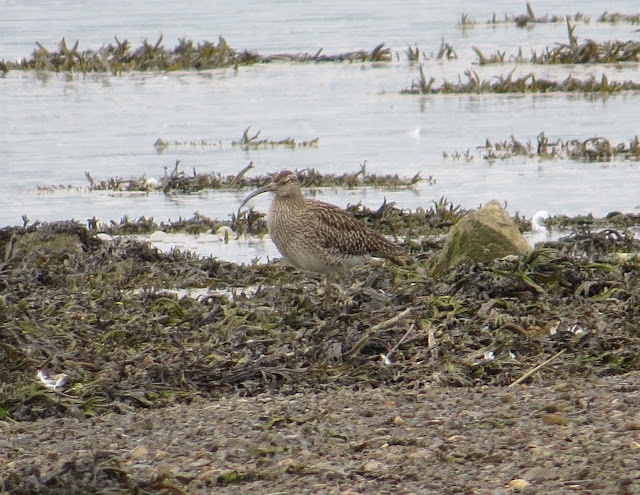 On my way back from the count, I came across a peculiar sounding bird song. Listen to the video and see if you can work out what it is!

I never got a proper view through my binoculars, but from the recording, people seem to be saying that it’s a really odd sounding Blackcap. Well I was able to confirm it is a Blackcap today. It’s a very difficult bird to see. I still only got a really short view of it.

Today I saw my first Spotted Flycatcher of the year. It was feeding on insects above the reads from a single perch in true flycatcher style.

As you may have realised, I’ve been doing exams over the last few weeks, so haven’t been able to do much patch birding. I spent the whole of Tuesday trying to revise in my silverfish infested, prison cell of a bedroom, seeing the reports of all the good seabirds flying by, but not being able to go seawatching! It seems like I might have to wait until the autumn now, as the wind looks to be in the wrong direction for the next two weeks.

In the latest Devon Birds journal issue, there is a section on Stonechats and their breeding behaviour which I found very interesting. So I wanted to see if I could see any evidence of our Stonechats breeding. I found the pair flitting around over the long grass where I've seen them since February I think. I saw the female fly down with her beak full of insects, perch on a bit of grass, and then do a little flick down into the nest. Then she flew back out with a faecal sac which she dropped about 15 metres away from the nest. It’ll be interesting to keep monitoring the nest.

I couldn’t find anything unusual in Hackney Marshes. There were just lots of Reed and Sedge Warblers singing. About 11+ Reed and 8+ Sedge around the site (including Passage House).

Also nice to see were these Roe Deer on the racecourse.

The biggest surprise was probably seeing a Little Egret up a tree in the middle of Newton Abbot! 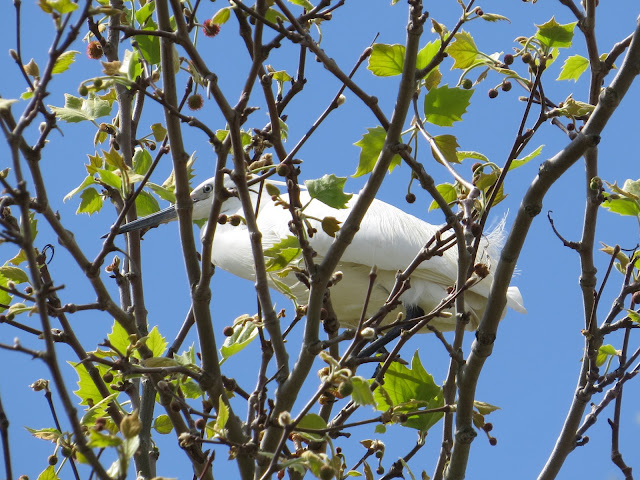 It seems as though the Exe’s Bonaparte's Gull has left now, so shall we say first person to relocate it on the Teign gets a chocolate bar? In the past, a few rare gulls have turned up on the Teign after being seen elsewhere. Only problem is that I haven't seen many Black-headed Gulls on the estuary lately to check through.
Posted by Laurie Allnatt at 15:01 No comments:

Update: An hour's watch late morning on Wednesday in calmer conditions produced two Great Northern Divers, a Red-throated Diver, 14 Common Scoters and another Whimbrel.
Posted by Will Salmon at 20:46 No comments:

The one that got away

Whilst surveying some land on the northern edge of Teignmouth on Friday morning, I had frustratingly brief views of what was probably a pale-phase Honey Buzzard. It was flying fairly low and direct in a north-westerly direction and caused quite a stir among the local gulls, more so than Common Buzzards usually do at this site, but I never got a really decent view to confirm its identification. More cooperative and straightforward was a nice female Redstart nearby.

A brief seawatch off Teignmouth this afternoon produced only a handful of Gannets and Sandwich Terns.
Posted by Will Salmon at 17:36 2 comments:

Relaxing day away from exams 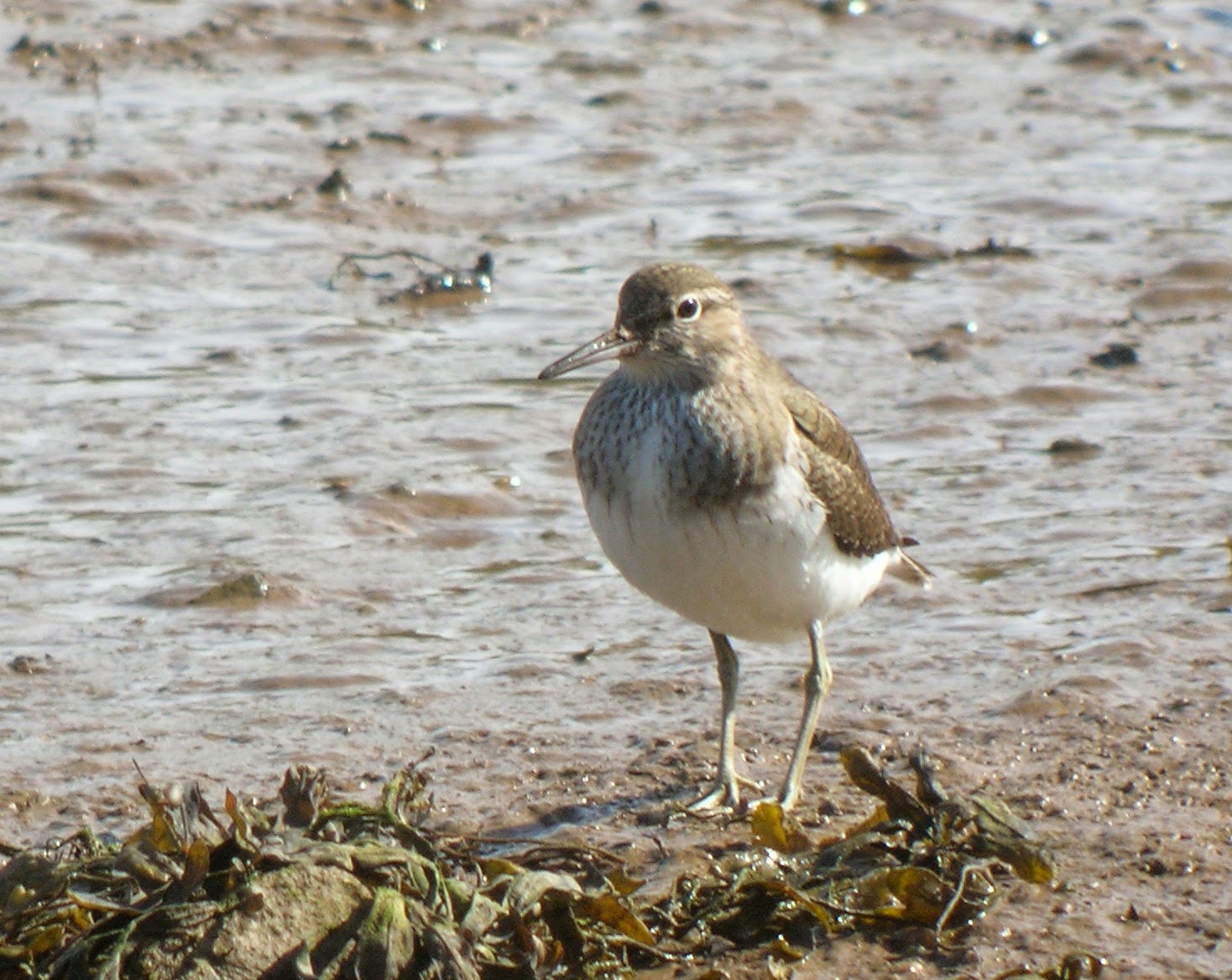 Posted by Laurie Allnatt at 20:41 No comments:

A quick look at the estuary off Passage House during my lunch break today produced 1 Little Ringed Plover, 1 Whimbrel and 1 Common Sandpiper, at one point all together in the same scope view. Earlier I saw my first Whitethroat of the year (at long last) in the area of marsh & scrub just south of Coombe Cellars.
Posted by Will Salmon at 14:16 No comments: