Laurie and I spent a couple of hours at Bundle Head this morning for fairly little reward. I did hear a brief call of a Tree Pipit but unfortunately Laurie failed to pick up on it. Aside from this there were just half a dozen or so each of Blackcap and Chiffchaff, one Whitethroat and 35 House Martins overheard. We then headed to Flow Point in the hour leading up to high tide and things immediately improved with a Common Sandpiper, two Wheatears and two Yellow Wagtails feeding between the saltmarsh and the estuary wall before flying off high towards Passage House (though I heard another about ten minutes afterwards): 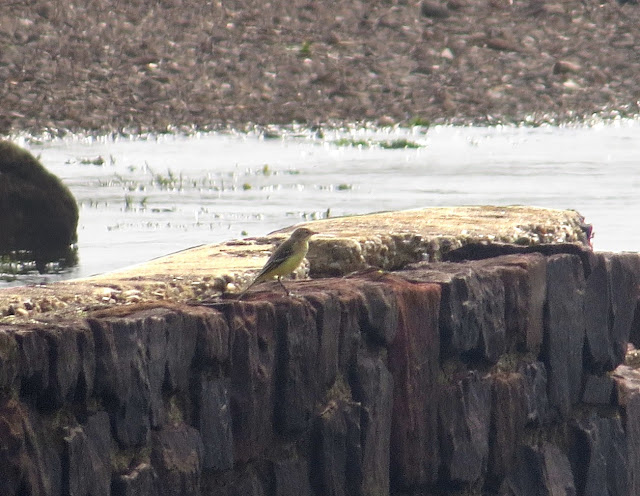 A group of Dunlin and Ringed Plover were roosting on the Point, and in amongst them we came across a smart juvenile Little Stint - presumably the bird seen on the estuary yesterday. It spent most of the time asleep but spent a few moments foraging and preening itself and posing for a few photographs: 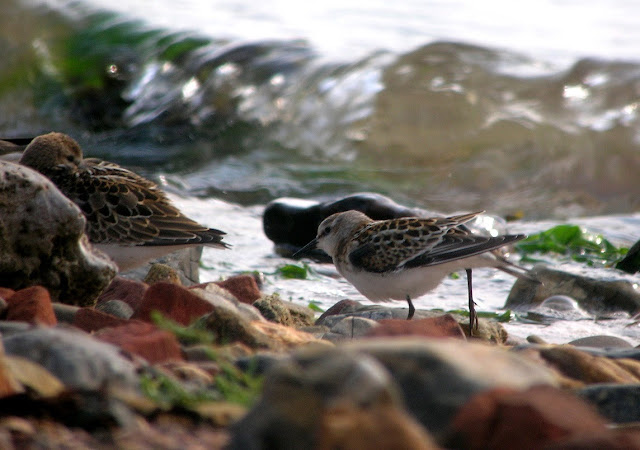 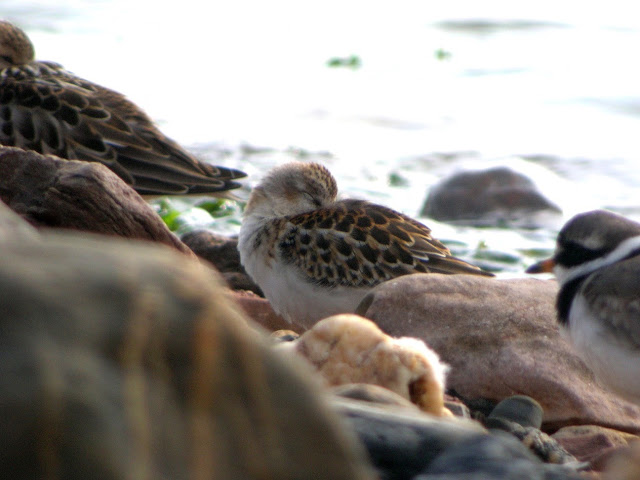 All photos by Laurie

So not a bad morning - three patch ticks and the Little Stint also being a Devon year tick for me. Migration is definately under way!
Posted by Will Salmon at 19:24